The generation of waste in Singapore

The latest statistics from the Singapore National Environment Agency (NEA) show that the recycling rate in Singapore continues to grow, to the extent that the net generation of waste is about the same as it was in 2000. This is not a bad result but, in a country the size of Singapore, with a growing population, it is critical that people are aware of the importance of managing their ecological footprint.

The high proportion of construction debris that is recycled in Singapore is perhaps the most stunning statistic; a sign, perhaps, that raw materials are becoming more expensive. The recycling of construction materials is certainly becoming a very lucrative business. National performance in the recycling of plastics is less impressive, and in the consumer society of Singapore where plastic packaging is so rife, this is definitely an area for improvement. 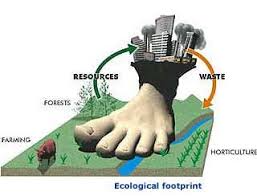 The health risks of shipping pollution in Singapore

The scene from my apartment window looking over the Singapore Strait.

According to results of recent research reported in The Guardian last week, one giant container ship can emit almost the same amount of cancer and asthma-causing chemicals as 50m cars. Or, putting it another way, just 15 of the world’s biggest ships emit as much pollution as all the world’s 760m cars.

The US government last week imposed a strict 230-mile buffer zone along the entire US coast following US academic research which showed that pollution from the world’s 90,000 cargo ships leads to 60,000 deaths a year in the US alone and costs up to $330bn per year in health costs from lung and heart diseases.

I wonder what plans the Singapore government has.

A sad day, indeed. I hope, in death, he will get the recognition in Singapore that was denied him in life.

The prospect of civil society in Singapore

There is an excellent piece in the October edition of the Far Eastern Economic Review — recently banned (again) by the Singapore government — by Australian academic and Singapore watcher, Garry Rodan. Among other things, the article (pasted below in the event the link is broken) discusses the capacity of the PAP to insulate itself from an increasingly robust political opposition within the blogosphere. Interestingly, it is is not organised opposition (the PAP has legislated to contain this) but individuals who are challenging what Rodan refers to as the PAP’s “foundational myths”. The recent furore over the ill-considered blog posting of the daughter of MP Wee Siew Kim is a case in point. Is it possible that after four decades of social control in Singapore, we are finally witnessing the emergence of a genuine civil society?

END_OF_DOCUMENT_TOKEN_TO_BE_REPLACED

The view from my home office window is not gentle on the eye at the best of times. I am a regular witness to ExxonMobil’s direct contribution to global warming through its oil refinery at Jurong. Today, however, the view is much worse thanks to what Singaporeans commonly refer to as ‘The Haze’. Sadly, it is becoming a regular phenomenon because the Indonesian government does nothing to prevent land-clearing by burning. According to the Singapore Straits Times today, the Pollutants Standards Index (PSI) hit a high of 130 at 10am this morning which is considered ‘unhealthy’. Meanwhile, Greenpeace activists have staged a demonstration [RealPlayer required] outside the Indonesian foresty ministry in Jakarta, filling the building with smoke to make a point.

More than 160 NGOs boycotted the IMF and World Bank meetings in Singapore this week to protest against a clampdown on free speech and the banning of activists; some of whom plan to sue the Singapore government. The super organised event has been so ‘over-stage-managed‘ that even someone as right-wing as the World Bank president himself, Paul Wolfowitz, has declared that Singapore had inflicted “enormous damage” to its reputation because of its reluctance to admit people who were already accredited by the World Bank and IMF. Not good PR for a country looking to boost its tourist dollar me thinks. Gayle Goh has all the gory details.

In the so-called knowledge economy, where the source of international competitive advantage is creativity of thought fuelled by the free exchange of ideas, the PAP Government in Singapore seems intent on remaining firmly ensconced in the 20th century. The latest public pronouncement on freedom of speech might easily have come out of China or North Korea rather than a country that aspires to the ‘Intelligent Island’. Speaking in the Singaporean Parliament, Balaji Sadasivan (Junior Minister for Information, Communications, and the Arts) declared on Monday that political debate on the Internet could fuel “dangerous discourse” in Singapore, warning that people who post political commentary on Web sites could face prosecution. “In a free-for-all Internet environment where there are no rules” says Balaji, “political debate could easily degenerate into an unhealthy, unreliable and dangerous discourse, flush with rumours and distortions to mislead and confuse the public.”

Apart from the insinuation that Singaporean voters cannot be trusted to make their own choices, it is a statement that is hardly conducive to the promotion of a culture in which people will be encouraged to take risks, to think outside-of-the-box, and to contribute to the free flow of ideas that are so essential for the formation of a vibrant, innovative economy.

Thanks to Before I Forget for the FT story tip off. The full story from Reuters is cut-and-pasted below.

END_OF_DOCUMENT_TOKEN_TO_BE_REPLACED

My Sunday morning sojourn to the local coffee shop this week was spoilt somewhat by the headline of the newspaper left on the table (I didn’t buy it … honest). Ironically, I had, earlier that morning, been leafing through the lastest issue of the Amnesty International magazine, Human Rights Defender (see below), which had a feature on the Van Tuong Nguyen hanging in Singapore. I guess one shouldn’t expect anything less of Singapore Press Holdings, and in a perverse way, I was quite pleased this issue was considered serious enough to occupy the front page. As the country with the dubious honour of having the highest execution rate in the world (13.57 executions per one million population, between 1994-99, followed by Saudi Arabia (4.65), Belarus (3.20), Sierra Leone (2.84), Kyrgyzstan (2.80), Jordan (2.12) and China (2.01)), there is virtually no public debate on the subject. The fact the powers-that-be think it is sufficiently important to figure so prominently in the national daily might be construed as a sign they are beginning to feel the pressure of criticism from the international community. According to Amnesty International, 70 countries have abolished the death penalty in the last 29 years (Human Rights Defender, Feb/March, p.5). Anyway, on the 96% figure, I could question the veracity of the data collection, the size of the sample, and so on, but the fact will remain that the majority of people in Singapore are in favour of the death penalty. Whether they would if they were a sufficiently open debate to be presented with some sound intellectual arguments against the death penalty is another matter. A recent podcast from ABC Radio’s Late Night Live makes for compelling listening in this respect, in which Phillip Adams interviews the author of ‘Dead Man Walking‘, Sister Helen Prejean.

Quite by chance today, I opened up a newspaper in a coffee shop and saw this man’s face in the Obituary column. I wonder how many Singaporeans under the age of 40 have heard of this man. If you are Singaporean and do not know who he is, ask your parents or grandparents and they will likely tell you about a brilliant young political activist in the 1960s whose talents as an orator were such that he attracted a huge following. A co-founder of the People’s Action Party (PAP), he was supposedly introduced in 1955 to David Marshall, then Singapore’s Chief Minister, as the future Prime Minister of Singapore. The introduction was made by a person named Lee Kuan Yew, someone Singaporeans will have heard of. An edited volume on Lim Chin Siong, Comet in our Sky, is well worth a read. The chapters contributed by T.N. Harper and Greg Poulgrain are particularly interesting in that they draw on British colonial records (released after a 30 year embargo) to explain how and why Lim fell from grace so dramatically. A review of this book was published in Pacific Affairs in 2003.