An article was published in The Australian yesterday entitled Dismal science of economics faces dilemma. This will come as no surprise to anyone and the piece might easily have been published 30 odd years ago. Indeed, if economics courses were priced on the free market, you probably couldn’t give them away. That there are any economics courses in universities at all can be attributed to the fact the discipline remains a compulsory core component of many business degrees. Its inclusion keeps aging academic economists in work (although many would probably rather be somewhere else than in front of 400 disengaged first year undergrads), and then there is the sense that there might just be something useful in the study of economics, despite the fact it is has succeeded in boring students half to death for generations.

The dismal science, as it was first referred to by Thomas Carlyle in the 19th century, is just as dismal an experience for economics students in the 21st century, but it need not be. The key — to state the bleeding obvious — is to make economics interesting, and to do this, it must be useful. The fact is, the dismal experience of learning economics is only matched by the dismal performance of economics as a science. The latest global economic crisis has focused the mind on this issue, but many commentators continue to view the crisis in economics too narrowly. It is not just about greedy financiers wreaking havoc. The problem is broader and deeper, and about the very survival of life on this planet. The field of vision of economics needs to be expanded and integral to a new approach is the analysis of the impact economic activity has on community and the environment. In the Australian article, Joshua Gans is reported to have said that he rejects the idea that an emphasis on the environment is either new or outside the scope of conventional economics. If this is the case, I’d like to know which university in Australia currently offers a first year economics course which does what he claims because I bet it would interesting economics, that students can relate to, see the point of, and readily apply in their lives. 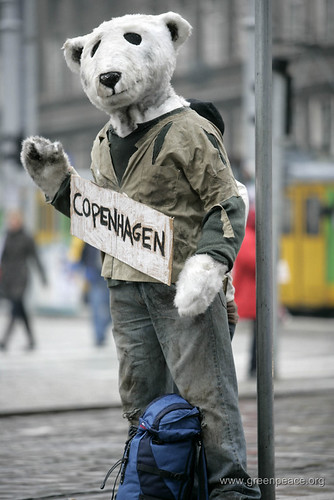 The Guardian ran a piece yesterday on the Copenhagen climate change summit that reports climate scientists are getting a bit grumpy. A conservative bunch by natural inclination, it is pretty clear from some of the comments that they have lost patience. One of the keynotes speakers was Nicholas Stern, who was commissioned to analyse the impact of climate change by the British government in late 2006. He now believes that his review “underestimated the risks and underestimated the damage from inaction”.

Among other things, the scientists are now saying that ‘carbon emissions have risen more in recent years than anyone thought possible, and the world’s natural carbon stores could be losing the ability to soak up human pollution’. They predict that:

The Age of Stupid

The Age of Stupid is a new eco-doco premiering next week in the UK, to be released on DVD in June. There’s a fictional element in that Pete Postlethwaite plays the part of an archivist looking back on why this current generation did so little to stop ecological disaster. The rest of the content is strictly non-fiction. Another interesting aspect of the movie is that it was financed using crowdfunding.

END_OF_DOCUMENT_TOKEN_TO_BE_REPLACED 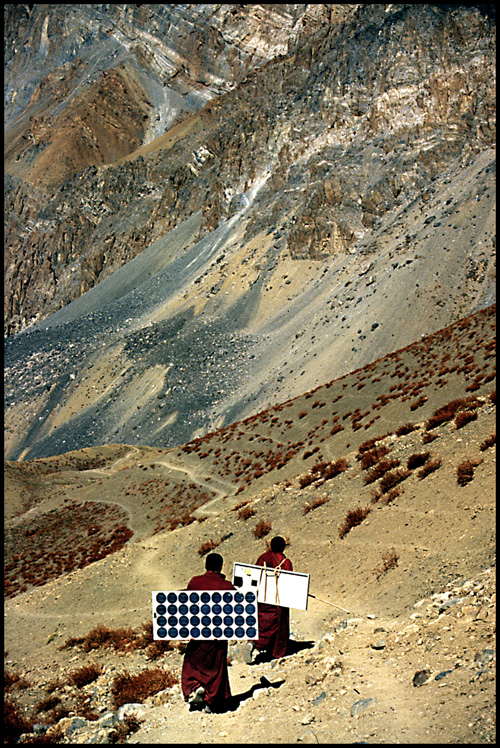 I came across a post at Greendig recently about Bunker Roy and his work in Rajasthan, India. It provides a good example of ecological economic efficiency; that is, the efficiency with which capital — man-made capital (MMK) and natural capital (NK) — are used to provide life support and life-enhancing services. Far too often, MMK takes precedence over NK in the name of progress when, over the long term, rather than progress, the well-being of a community may deteriorate. Consider the case of the water supply in rural Rajasthan, for example. An increase in the availability of pumps (MMK) to access ground water is all well and good, except to the point where there is no ground water (NK) left to pump up. At Barefoot College, which Roy founded, the guiding philosophy is that solutions to rural problems lie within the community. Thus, the college has overseen the construction of rain water harvesting systems in over 150 schools, providing more than 8.7 million gallons of potable water each year, and it has an innovative solar-electrification programme whereby illiterate women from rural villages throughout India are admitted to the college to learn how to fabricate solar panels. To date, the college has solar-powered over 350 villages in India and many more in Africa, Afghanistan and South America.

END_OF_DOCUMENT_TOKEN_TO_BE_REPLACED

The doyen of ecological economics

Herman Daly (and me)

Attending the US Society for Ecological Economics Conference last week, I had the opportunity to meet an intellectual hero of mine, Dr Herman Daly. Few people have had such an influence on my thinking, and to meet the great man (on the day of his 67th birthday) was a great honour and privilege.

On BBC World these last few days, I’ve been watching China Week with interest – a special feature on the consequences of rapid growth in this country. One clip that particularly caught my eye was the one on the disastrous Three Gorges Project, which I have written about before in this blog. What worries me is that while you do get the odd snippet of good news coming out of China regarding sustainable development, the simple fact of the matter is that if the Chinese live like North Americans, we’re in big trouble. To get some idea as the stresses and strains Chinese consumption at American levels would cause, I recommend the latest Eco-Economy update written by Lester Brown (reproduced below if the link is broken). As a student of international political economy as well as ecological economics, in my darker moments I ponder about the geopolitical consequences of the Chinese not being able to feed themselves.

END_OF_DOCUMENT_TOKEN_TO_BE_REPLACED

The case for city dwelling

The view from my home office window

Having been a resident of the concrete jungle of Singapore for the last 18 months, I sometimes long for the wide open spaces of my Kobble Creek five acre block … the fresh air, the striking contrast of the bright blue of the cloudless sky against the many greens of the eucalypt trees, the beautiful birdlife and the peace and quiet. What I don’t miss is the 1000km per week in the car commuting to and from work and to kids’ music and sports events. I don’t own a car anymore. I get taxis and take the bus or the train because everything is so close by, and the services are cheap and efficient. Paradoxically, therefore, my ecological footprint, although still unconscionably high, is a lot lower than it was when I lived in Queensland. A recent article in the New Yorker (republished this week in the Australian Financial Review), entitled ‘Green Manhattan’ tells a similar story (see below if the link doesn’t work).