Image: SAIBSA Workshop, 6 February 2016: ‘What is the professional responsibility of an early childhood educator?’

The internal marketing of participatory pedagogy


I was invited to give a presentation to new students and alumni of the Griffith University MBA last night on the future of higher education. I routinely talk about this topic with my colleagues but far less so with the learners themselves. It occurred to me that what I might say would confuse, worry, or excite them, according to how well acquainted they were with the current debate about the direction of the higher education sector. In the end, I decided it was important to lay out everything that is going on in terms of the economics of higher education, the disruption caused by technological innovation and, most importantly, the latest thinking on pedagogy.

END_OF_DOCUMENT_TOKEN_TO_BE_REPLACED

Those who teach, can


In this presentation, I argue that of all the elements within a university, the business school ought to be best placed to insulate itself from technology-driven disruptive innovation. After all, business academics write books and journal articles about how it affects other industries, so they should be especially sensitive to its dangers.

END_OF_DOCUMENT_TOKEN_TO_BE_REPLACED

A few days ago, the Wharton School of the University of Pennsylvania put the first year of its MBA online for free (with the help of Coursera). This is hugely significant and here’s why.

Currently ranked no. 3 in the world by the Financial Times behind Harvard and Stanford, Wharton doesn’t need to do this. Whether it is philanthropy, a profiling exercise, or a nice little earner at some stage because of the huge volumes involved, this does not affect core business. The exclusive on campus MBA degree will still cost in the region of USD200k and anyone completing the freebie online would not get any advance standing into the on campus program even if you pay the USD49 per course for a Verified Certificate.

But this is where it gets interesting. Around 700,000 students in 173 countries have already enrolled in Wharton MOOCs which, staggeringly, is more than the combined enrolment in Wharton’s traditional MBA and undergraduate programs since the school’s founding in 1881! Now if, hypothetically speaking, you were a second or third tier business school struggling for student numbers, is there a possibility you might be tempted to give credit for Wharton MBA courses if they were accompanied by a Verified Certificate? The courses are from Wharton after all.

END_OF_DOCUMENT_TOKEN_TO_BE_REPLACED

Why just ticking over is no longer an option

A number of metaphors have been used to describe the momentous change foreshadowed for the higher education sector. ‘Paradigm shift’ is quite conventional, but ‘disruptive innovation’has become quite fashionable as Clayton Christensen’s theory has been applied to higher education. ‘Tsunami’ is another firm favourite, but the recent report published by the British think-tank, the Institute for Public Policy Research (IPPR), has introduced the word ‘avalanche’ which, according to Michael Barber, one of the lead authors of the report, was inspired by an interview with the renowned historian Norman Davies in the FT late last year:

Historical change is like an avalanche. The starting point is a snow-covered mountainside that looks solid. All the changes take place under the surface and are rather invisible. But something is coming. What is impossible is to say when. Norman Davies

The Report (uploaded to Scribd and embedded below) runs to 77 pages, but is easy-to-read and contains some important messages for institutions looking to insulate themselves from the turmoil.

END_OF_DOCUMENT_TOKEN_TO_BE_REPLACED

How business schools should be preparing for MOOCs


I presented at the Australia New Zealand Academy of Management (ANZAM) institutional members meeting in Sydney this morning.

My key message — in the wake of the Georgia Tech-Udacity tie-up — is that business schools ought to be preparing for a top 100 business school getting in on the act in the not too distant future by offering an MBA for $7000.

A good risk management strategy would be to digitise the MBA curriculum to provide greater flexibility, and take steps to promote digital literacies among faculty.

There was a piece in Inside Higher Ed the other day, State Systems Go MOOC, that reported on ten state system universities in the United States signing up with Coursera to conduct several pilot projects with various goals. Reading the comments below the article, all kinds of Machiavellian plots, conspiracy theories and end-of-the-world-as-we-know-it scenarios abound, but I see things far more simply. This development is a natural consequence of higher education institutions looking to mainstream the disruption.

The elite universities can potter along experimenting with MOOCs and do so largely to enhance their profiles, but for those institutions lower down the food chain there is no alternative but to enter into the fray, or risk being out of it completely.

This development, together with the announcement about the Georgia Tech-Udacity tie-up a week or so ago, now means that MOOC providers are out in the open. They are businesses with business models rather than philanthropic concerns, and it is time for the higher education sector to awaken from its slumber.

Why the Georgia Tech-Udacity tie up is a big deal

When the news broke last week that Georgia Tech had reached an agreement with Udacity and AT&T to offer a Master of Science degree in computer science for just USD7000, this must have sent shivers down the spines of university Vice-Chancellors and Presidents all around the world.

If it did not, it should of done. Currently ranked 24th in the world for computer science, Georgia Institute of Technology is certainly no slouch. Throw a Fortune 500 company like AT&T into the mix, and the hip, new delivery platform provided by Udacity and you have a potent combination.

George Siemens (@gsiemens) simply tweeted: ‘OK, this is significant’ with a link to the Udacity blog and Sebastian Thrun’s statement about the deal. It is significant if Siemens says its significant given he was one of the architects of the original MOOC concept back in 2008, albeit when it was a very different beast to the one today. Siemens and his collaborators (the so-called cMOOC group) are critical of the private equity led xMOOC model because of its behaviourist — as opposed to connectivist — educational philosophy. I happen to agree with these criticisms but this is of little relevance right now, given this latest development, because the academic debate about the merits of one learning theory or another take second place to economics and what consumers of higher education perceive to be value for money. In terms of the chart above (courtesy of Phil Hill), it seems at least two of the problems faced by the xMOOCS have just been fixed; viz. credentialing and a revenue stream.

END_OF_DOCUMENT_TOKEN_TO_BE_REPLACED

How to promote digital literacies among faculty


In the recently published NMC Horizon Project Regional Analysis, Technology Outlook for Australian Tertiary Education 2013-18, it stated (p.3) that (shock, horror) there is a need for more faculty training to improve digital media literacy ‘before being asked to teach, and for more professional development opportunities once in the profession’. More significantly, though, the report points out that:

While a lack of adequate training opportunities is a part of the challenge, ultimately a change in the mind sets of disciplines and individual faculty will be required, along with cultural shifts within institutions, before emerging tools and technologies are routinely adopted and implemented as a matter of course.

END_OF_DOCUMENT_TOKEN_TO_BE_REPLACED 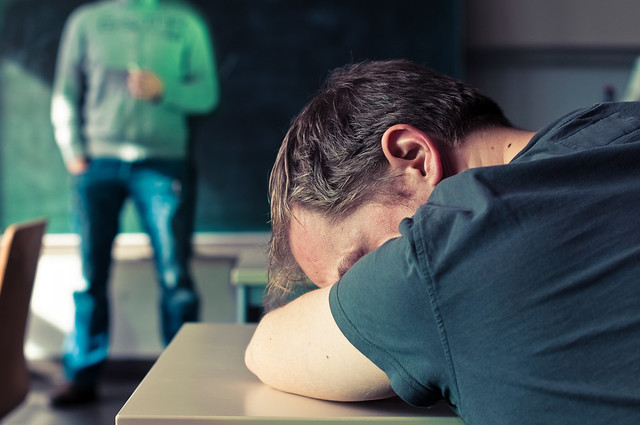