More gloom from the IPCC

The Guardian reports today that another study by the Intergovernmental Panel on Climate Change (IPCC) — due out soon — concludes that a critical meltdown of ice sheets and severe sea level rises could be inevitable because of global warming. Well known for its conservatism, even this body now believes that widespread ice sheet loss “may no longer be avoided”. According to the UN scientists this would cause “major changes in coastline and inundation of low-lying areas” and require “costly and challenging” efforts to move millions of people and infrastructure from vulnerable areas. The previous official line, issued in 2001, was that the chance of such an event was “not well known, but probably very low”.

They have no cars, no factories and no aeroplanes

The Carteret Islands are soon to be evacuated as a result of rising sea levels. The 2600 people that live on these islands (belonging to Papua New Guinea) are among the first who will have to relocate because of climate change when they themselves have contributed virtually nothing to greenhouse gas emissions. This short video clip (see below courtesy of undergrowth.org) tells the sad story.

Dubya: “I got a comprehensive plan”

I know some people worry about US energy policy but I think we can relax following Dubya’s press conference the other day. As GWB makes it abundantly clear: “We — first of all, there is — the globe is warming. The fundamental debate: Is it manmade or natural. Put that aside.”

For the full statement take a look at mobjectivist who value-adds with annotations of the non-sequiturs (Bushisms).

Today’s print media is full of news about the publication in today’s Science magazine which reveals that the air over the Antarctic is warming much faster than previously thought. This is the third study inside a month to make this assertion. I do wish these scientists would leave us in peace. A special issue devoted to the topic last week, and now more scare-mongering. It’s only a few degrees warmer in the space of 30 years … what’s that between friends?

Some time ago, I blogged about the plight of low-lying Pacific islands like Tuvalu and the ultimate economic cost of global warming; namely, an economy disappearing off the face of the earth. Astonishingly, it was reported in the The Australian yesterday that this is really no big deal, at least not according to Australian Federal Government which claims their is no “imminent danger”. Senator ‘King Canute’ Campbell has declared it “absurd” to suggest that Australia should accept environmental refugees, while a spokesman for the Minister for Foreign Affairs, Alexander Downer, stated that sea level rise was a “long-term issue and it is too early to provide an accurate assessment of regional trends”. The sad truth of the matter is that while Kyoto Protocol signatory New Zealand has already agreed to accept any displaced people, Australia has now knocked back two requests from the Tuvalu Government to take in those displaced by rising sea levels. The likes of Senator Campbell may prefer to put this on the ‘back burner’, but it is a very real here-and-now problem. Late last year a UN study revealed that there could be as many as 50 million environmental refugees around the world by the end of the decade. Not all of these refugees will be a result of rising sea levels, of course, but the same study estimates that as many as 100 million people live in areas that are below sea level or liable to storm surge. As this Earthwatch Radio podcast [2 mins] points out, this is a creeping a problem that doesn’t the get the same ‘air-play’ as the problem of environmental refugees created by tsunamis and hurricanes yet, potentially, it is far more catastrophic.

The amount of media coverage on global warming in recent years hasn’t really extended beyond more than a trickle, but in the aftermath of the New Orleans disaster, the possibility that climate change could have an impact on national economies (even that of the most powerful nation of earth!) seems to have permeated the mainstream consciousness. A week or so ago, BBC World News even went as far as to lead with a story on global warming, and the dranatic impact it is having on the Arctic ice cap. The sceptics continue to spout their usual drivel that there is no conclusive evidence that the ice melting can be linked to global warming, and that it is all part of some natural cycle. Yes, it is true that 800,000 years ago there was no ice in the Arctic, and it is conceivable, therefore, that this may be the case again in the future. However, this is hardly sufficient reason to continue churning tonnes of greenhouse gases into the atmosphere willy-nilly. The fact is, there is no conclusive evidence that the melting ice caps are part of a natural cycle either. If in doubt, isn’t it better to play safe? Application of the precautionary principle has to be the optimal solution because of the danger of irreversibility. There will be no gloating on the part of the environmental movement if they turn out to be right because, by then, there may be nothing any of us can do about it.

The latest news on the Greenland ice sheet

A recent video clip from the BBC provides a quite graphic illustration of the impact of global warming. Ice bergs break away from the Greenland ice sheet all the time and this has never been a problem. In the last 5-10 years, however, the ice has begun to melt at an accelerating rate as temperatures have risen. If this trend continues, and the entire ice sheet disappears, then it is estimated that sea levels will rise by 7 metres. Some projections of climate change (at the upper end of estimates) suggest that this could happen as soon as 2050. The impact of a rise in sea level of this magnitude would be cataclysmic, affecting millions of people living in low-lying coastal areas. Thank goodness we have the Bush administration carefully monitoring the situation. 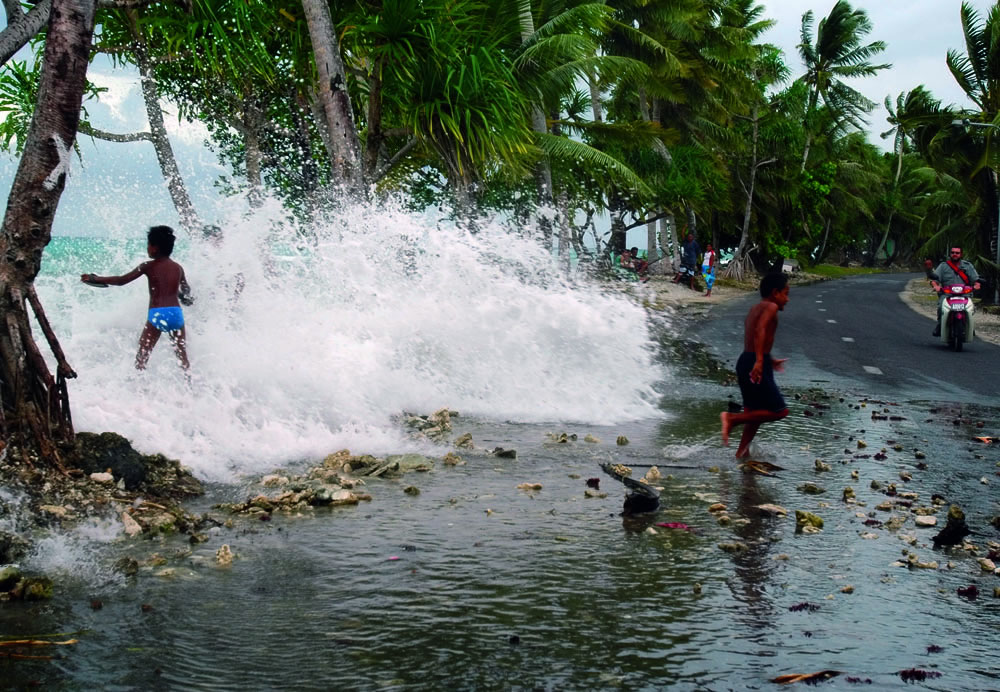 Just when I was getting excited about the prospect of a paradigm shift in the editorial policy of The Economist, I’ve been brought back down to earth with a bump.

END_OF_DOCUMENT_TOKEN_TO_BE_REPLACED

The downside of European sun tans

From watching TV and catching up with a few rellies, it is is evident that even the most pastey-faced of Brits looks bronzed and healthy after the warmest summer in years. Indeed, it has been hard to avoid the hot sun in Europe, and this has not been without its cost.