There was an excellent article (and accompanying video) in The Chronicle of Higher Education last week about the US professor, José A. Bowen, dean of the Meadows School of the Arts at Southern Methodist University, who has challenged his colleagues to ‘teach naked”, by which he means, without machines. In particular, Bowen wants to discourage professors from using PowerPoint which he argues is being used as a crutch rather than as a creative tool. Class time, he says, should be reserved for discussion, especially as students can download lectures and podcasts online prior to attending class.

To support his stance, a study published in the April issue of British Educational Research Journal found that 59 percent of students reported that at least half of their lectures were boring, and that PowerPoint was one of the dullest methods they saw. The least boring teaching methods were found to be seminars, practical sessions, and group discussions.

Dr Bowen, it is worth noting, is not anti-technology. Laptops can be plugged into projectors for use as and when this is necessary, but the desktop computer fixed to the lectern that was primarily used for death-by-Powerpoint lectures has gone.

By all accounts, most students now seem more attentive, although a few feel they are being short-changed. Having become accustomed to being spoon-fed material and participating in the educational process in an essentially passive way, having to tune in to what’s going on has been a shock to the system for some students.

Professor apologises for failure of system

Nice ad from Kaplan University. There is another equally powerful message here. This is a true sign that online learning is coming of age. For too long, online institutions have been apologising for not being the ‘real thing’. For digital natives, what Kaplan is offering is the real thing.

Universities will be ‘irrelevant’ by 2020 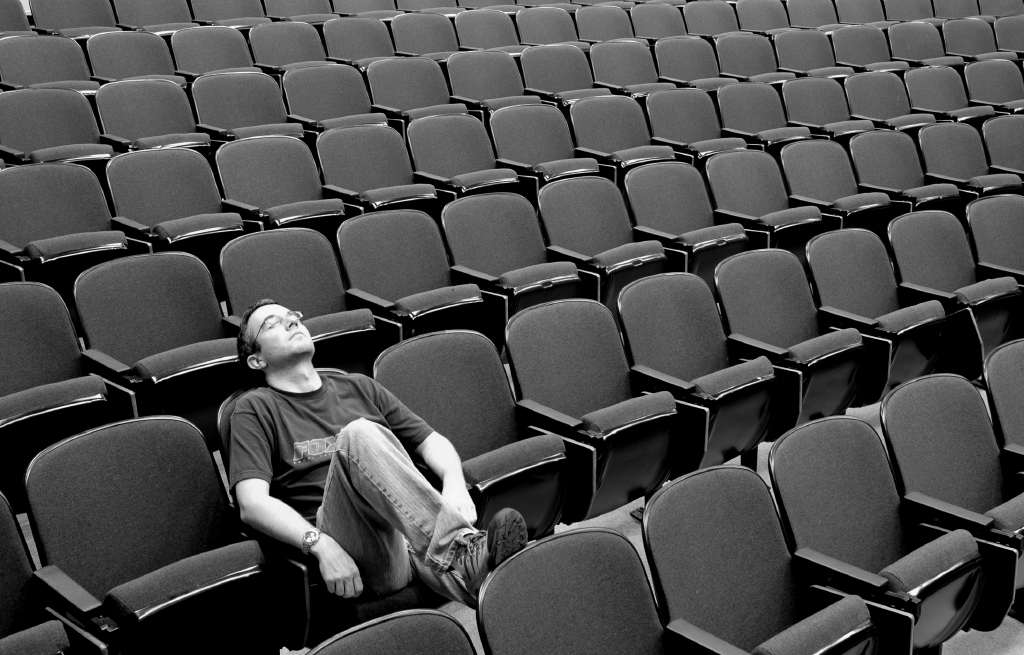 It used to be publish or perish. Now it seems to be teach with technology or terminate.

Slashdot picked up this report last week which seems to be a recurring theme of late. Disruptive innovation will surely have an effect, and those institutions that don’t wise up before the tipping point will likely have an uncertain future.

Blogged with the Flock Browser
1234