The health risks of shipping pollution in Singapore 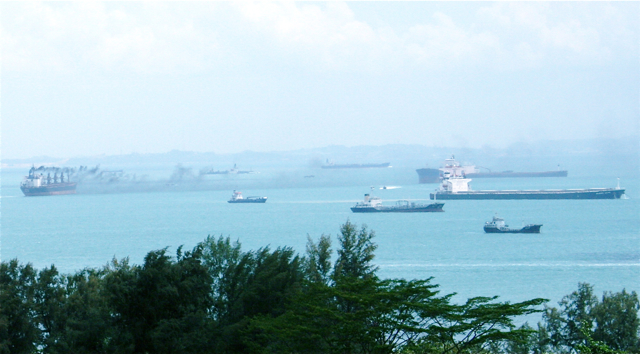 The scene from my apartment window looking over the Singapore Strait.

According to results of recent research reported in The Guardian last week, one giant container ship can emit almost the same amount of cancer and asthma-causing chemicals as 50m cars. Or, putting it another way, just 15 of the world’s biggest ships emit as much pollution as all the world’s 760m cars.

The US government last week imposed a strict 230-mile buffer zone along the entire US coast following US academic research which showed that pollution from the world’s 90,000 cargo ships leads to 60,000 deaths a year in the US alone and costs up to $330bn per year in health costs from lung and heart diseases.

I wonder what plans the Singapore government has.